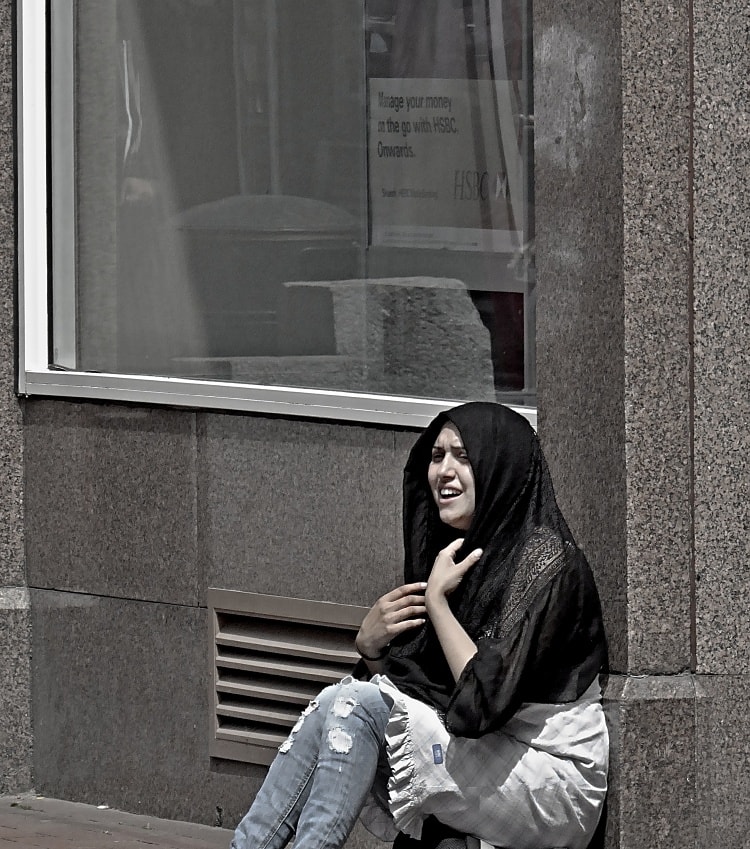 Oh, I know – there are unknowns with her. I know.
If I’ve realised any fact about life it’s that, the whole world over, you’re a fool to believe everything is what it looks like.

But she was hoping for cash. And singing for spare change on a street corner on a Thursday afternoon doesn’t seem a choice taken happily.

And if she was begging then there’ll be people who’ll say her clothes look too modern or too new. (Is there a dress-code for begging? I don’t know.) Even if you accept that accusation, perhaps those are clothes that have been donated to her.

I can summon all the ‘perhapses’ anyone can imagine.

So, yes –
Perhaps we should always question everything.

But also yes –
I will always mistrust every unproven and quite possibly cynically positive ‘perhaps’ applied to that beggar.

(Sadly, a view that’s cynically positive is nothing new.)

And so that all leaves me with reasonable, reasoned compassion. After all, while it’s wise to question what you see, it’s a better world if you let compassion beat cynicism.

It’s a win if my compassion will make her world a little better.

And it’s a win if my compassion prevails, even if her begging is based on lies.

After all, her lies would matter very little. And maybe her guilt would dog her for ever – not that it matters.

I could sleep with the untroubled conscience that ignoring others would deny me.

And compassion for strangers would remain an option for me.

And compassion makes the world a better place for everyone.