Kim was pleased: a foul day up on higher Dartmoor and it was as deserted as hoped-for. Some real peace and quiet, at last, far away from anyone prying.

A stumble near the edge while up high on a tor without a known name, a long way from any road, had been scary but for curious reasons. Falling and dying wasn’t the issue as such; the scary bit was dying from something stupid like a broken leg followed by exposure over a cold and wet day and night or two. Kim knew that that was an odd reaction but it was real. It wasn’t affectation. Kim wanted more control over death than that, and resolved to tell someone the planned route before the next solo walk. 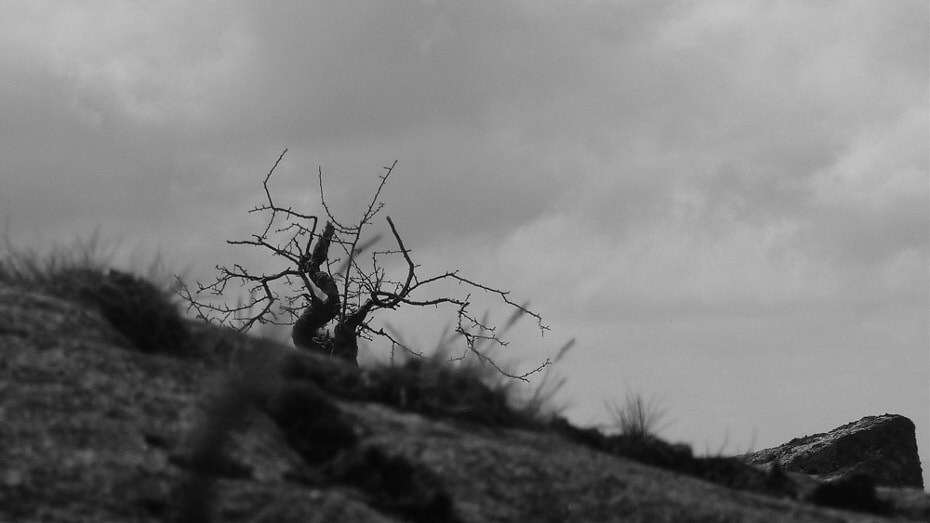 Death of a sort was on the agenda anyway. Waiting for a bleak day had been the plan all along: you couldn’t help but feel very mortal in those conditions, and killing-off needed to be thought about – killing-off and then moving-on.

The stumble was disruptive. It led to a struggle for clarity – a struggle between dying for real and merely being killed-off as a concept. After all, in many respects we are all just concepts that we could kill-off and move-on from, if we wanted to. Dying for real is a wholly different issue that hadn’t really been up for consideration. A leg bruised and scraped on a big lump of fractured granite altered the agenda. Keeping the two deaths – real and conceptual – apart was key.

Killing-off a concept shouldn’t be that big a deal. People shouldn’t get so attached to concepts of other people. Kim could get annoyed at how people always seemed so afraid of big changes. Most things don’t matter that much as long as you have some options – or can create some options. Being trapped is the worst thing.

Dying for real, obviously enough, does matter. That doesn’t leave you with any control at all. For Kim, getting away from both tedious teenage angst and mawkish conventional funerals was important, though quite what constituted teenage angst was another thing altogether.

That’s a trouble with youth: their ideas and emotions are all too valid but they get trampled on by adult life. Then adults mock and belittle the concerns of the young to justify their own failure to keep on thinking, to keep on feeling.

That’s how it seemed to Kim, anyhow, but up on a bleak Dartmoor wasn’t the time to think about that to any great extent.

Thinking about real death, Kim wanted to be as considerate as possible, working through how to handle it. The intrusion of fear caused by the stumble was unwelcome but it was easily dealt with. The idea of disposing of yourself, quietly, in peace and solitude, was appealing. It was rational.

First you’d want to prepare the ground and say your goodbyes if appropriate; if, by the time it came to finally die, there were people left in your life you wanted to say goodbye to. One thing above all was very important to Kim: you should try and keep control of your destiny, including your death, but you shouldn’t ever take death as an easy option. It should only ever be the last resort – the last resort after an examined life, of a rational mind. Attaching anything romantic or heroic or anything else (other than being sensible) to dealing with your own death was as much of a mistaken approach as going out with a mawkish funeral.

Whether there was to be anyone left to say goodbye to or not, Kim wanted to deal with all the material side of life properly, so nothing was a problem for anyone. Quite what constituted ‘properly’ was something to think about further though. That all those ephemeral possessions would, in the end, linger on was something else to return to. Possessions as a legacy is one thing; being judged by embarrassing possessions is quite another – but sorting out when to jettison or curate was just yet another problem.

Ideas weren’t in short supply, even if they weren’t that original. Kim knew they weren’t original. Tatty, rotting clothes somewhere truly desolate, up on the moor, perhaps without labels to add some kind of mystery, had seemed a good idea but there weren’t the right scavengers around to deal with the flesh and bones. There were never enough wild boars when you needed them. Perhaps clothes on a beach suggesting a swim gone wrong would be better. Laburnum seeds in the pockets had a nicely English murder mystery resonance. Or, maybe leave traces of some other drug – something an expert would say could lead to the missing person believing they could swim out to sea forever. Research was needed. You’d need a beach with good strong currents, currents that mean a body might never be found. More research. And you’d need to leave some sneaky, tantalising clues to make sure people knew the identity of who’d seemingly gone missing. Getting that all right would be very tricky.

And then you’d need to just disappear from public view. There are practical problems with that – the nuts and bolts of privacy and basic existence – but they’d surely be solvable. At least, Kim thought so. And the effort would be worth it: Kim would feel no grief if Kim were killed-off. It would be good to move-on.

And with that Kim finished talking to himself into the dinky, well-used voice recorder I found between rocks near Fur Tor.

There are regular updates to Unstated and all its offshoots. Click here to sign-up to the monthly newsletter and make sure you don’t miss out.

With the cold comes Jack Frost, but relying on superstition and blaming Jack for winter is asking for too much…

She had a cat called Sid and a husband named James; she would introduce them as "Sid, James". In the…